To predict the outputs, this AI bot uses a simple neural network with 3 inputs, 16 hidden nodes and 2 outputs. The network is trained by applying polynomial regression to a bunch of data, previously collected by the brute-force method.

The game is programmed in Javascript using Phaser 2 framework.

You can run and test the full simulation at the end of this machine learning game tutorial.

Here is the video where I explain the entire project if you’d like to take a look at it:

Let’s get started with a quick preview of this tensorflow js project.

As we know, the main goal was to make an AI bot that plays classic Gorillas game. Here I used artificial neural network in machine learning to predict shooting parameters. But at first, I had to trained it!

As in any other supervised machine learning example, the neural network learns to play by using relevant data. So, I needed to collect a bunch of data. Here I implemented a brute-force method to generate banana trajectories for a number of randomly created levels.

Finally, to fit the network, I applied polynomial regression to the collected data.

One more thing before we move on with this supervised learning example. In order to make a challenging project, I also defined the following goal:

The first step of this project was to make the original fully playable Gorillas game, with complete functionality.

That means, I had to implement the original mechanics where two players throw explosive bananas trying to hit each other. To launch banana, they adjust the angle and power of each shot by using mouse.

Here you can play the original Gorillas game in your browser. 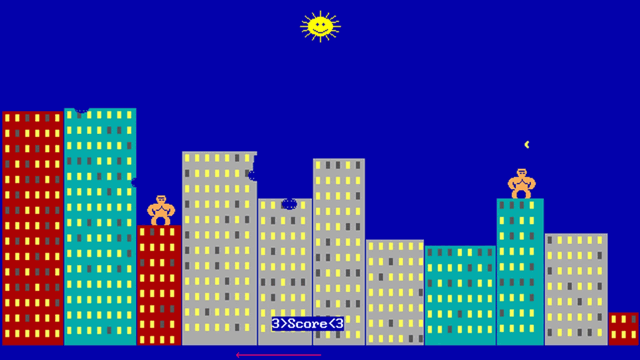 After completing the original game, the next step was to change it to AI learning game.

That means, I had to replace player controls with a neural network model.

So, instead of using mouse to define the shooting parameters, now the neural network would predict these values using supervised machine learning algorithms.

The image below depicts this artificial neural network example:

As I said before, to train supervised machine learning neural networks, we need data!

So, I implemented a brute force method to get shooting parameters for a number of random building configurations.

This method generates all possible banana trajectories for each random configuration. Then, it selects the middle trajectory as the best one to store it in the dataset.

Once I collected enough data, I was able to apply a non-linear regression (polynomial regression) to them to fit the neural network.

The figure below illustrates the principle of polynomial regression:

To conclude this supervised learning tutorial, let’s run the simulation!

To start a new game, press the “New Game” button. This opens the Options dialog where you can select:

After selecting all options, run the simulation by clicking on the “Play” button.

Now you can watch the fight between two AI bots.

To collect more data or train the model, press the appropriate buttons.

Please note that I have disabled all saving actions in the online version! So for instance, you can’t save your collected data or your trained model. Instead, this should be possible only if you download the prototype version from Github and run it locally on your computer.

I hope you found this tensorflow js project interesting.

The source code of the prototype is available on Github:

Now, let me know what you think about this supervised learning tutorial by leaving a comment!
Did you find it useful?
Are you gonna start making your own ai learning game, after reading this article?
Or, if there is anything that you don’t like, please tell me!

Stay tuned for my next machine learning game tutorial! 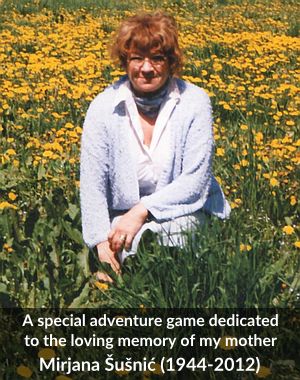